If your car is experiencing serious mechanical problems pressing on the accelerator is not the best solution for getting to your destination. Yet that is precisely what is taking place in many organizations.

Productivity in organizations is based on the presence of well oiled teams. However, there is a tendency to look past this fundamental principle and to rely instead on putting in place stretch targets and fancy incentive schemes. That is the equivalent of pressing the gas pedal while ignoring the clanging sounds from the engine.

For as long as I can recall I have been proactively engaged in working to resolve people issues. From the mother who held my hands at the end of one of my Success with People workshops and thanked me for helping her to understand her daughter to providing just the right solution for the head of a Correctional Institution to resolve a major problem with his deputy.

I have helped a cross-section of businesses identify and work through Role Fit issues – the round pegs in square holes challenge that is like a recurring decimal in organizations. I have a vivid recollection of a tele-marketing firm that was engaged in selling products via international telephone calls. We were able to point out that their team leaders were retaining agents who would conform readily to their instructions and toe the line.  They were keen to put in place what we term S Style agents – reserved, submissive, not willing to rock the boat.

However, successful telemarketing sales is better suited to an outgoing style that is willing to think out of the box with a capacity to overcome even strong resistance from potential customers.  This is exhibited by the D/I Style.

Each role in an organization is best performed with a given behavioural style or blend of styles. That is why some of the most satisfying work that we do is helping organizations address this critical issue of Role Fit….placing pegs in the holes that best fit them.

Effective teamwork is the bedrock on which high performance is built. The World Cup provides stark examples of the devastating impact of poor team dynamics. The demise of France is a case study on its own. But even high performance teams can achieve even more by paying closer attention to the glue that holds the team together.

In this series of articles, we will share with you some of the most prevalent challenges that impact negatively on the performance of teams and work groups and how to overcome them.

Today, we look at the issue of communication challenges between the team leader and the team. The presence and impact of difficulties in Giving and Receiving Instructions and the Exchange of Feedback is frequently masked. Sometimes significant investment is made in seeking other paths to increased productivity. Often, the relative success of the unit distracts attention from the potential for even higher levels of performance.

A case of Leader versus Team disjoint readily comes to mind.

We were engaged by a family owned business in the media and telecommunications industry. During the initial information gathering process, team members openly questioned the rationale behind the intervention as in their words “the boss knows everything.”

In our experience, challenges in understanding and relating to D-style leadership are widespread and robs organizations of productivity while provoking morale problems. 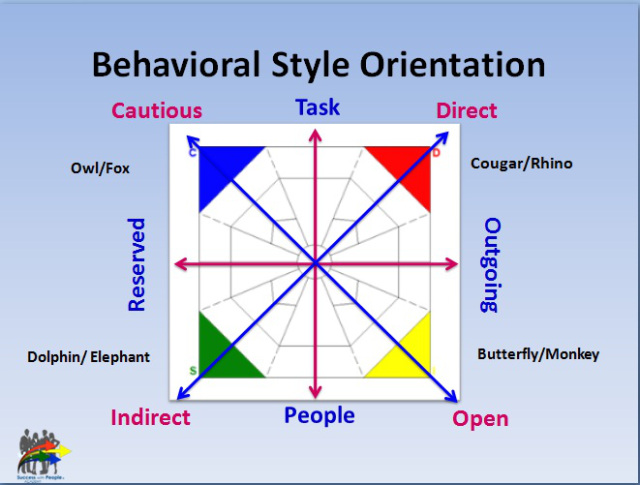 D-style leadership sees the need for significant change in the quest for better results. They perceive the need to play a major personal role in effecting the desired change and want to ensure that their hands are on the steering wheel as the process is being driven.

The D is to be understood as connoting dominance, driven, being direct, and potentially dogmatic and demanding. Decisiveness is a cornerstone of the D-style, underpinned by the philosophy “I am not unduly concerned about making the right decisions, I make my decisions right.”

Some individuals have a real problem understanding and functioning effectively under this style of leadership. Many organizations fail to come to grips with the fact that they are experiencing what we term followership problems. A significant proportion of their staff opts out of proactive participation in response to D-style leadership.

These team members throw up their hands in the face of what they see as arrogance, stubbornness, a failure to listen and a sense of “My way or the highway.”

Mary had earned recognition for her professionalism and capacity to get things done. She was due for a promotion. At the same time her department was expected to go through a challenging period. A decision was taken to promote Mary to be Head of the department.

Before long news began to filter out that all was not well in the department. Management tried as best as they could internally before seeking our support. We got the team to complete behavioural analyses and produced the battery of Extended DISC Team diagnostics.

We could immediately identify that effective communication was at the heart of the challenges that the team was encountering. Mary was in a sense speaking Swahili to her Russian speaking team mates.

Mary got the “message” that Joan was lazy and lacked initiative. Joan was clear that the “message” she received was that Mary wanted to call all the shots and that she (Joan) should act solely on Mary’s instructions. Do nothing more or less so as to ensure harmonious co-existence.

Anna could not come to grips with the fact that the documentation and reporting that she laboured over so diligently was regarded as a waste of productive time by Mary.

We resolved the issue successfully by providing the team with a first primer in thelanguage of behaviours.

Here is the basic framework for understanding the language of behaviours.

Our preferred approach for dealing with unfolding events is placed into 4 basic categories. These approaches encompass how we perceive our environment, how we react to developments; how we communicate – orally, in writing and through our body language; how we hear others; our strategies for achieving our objectives etc.

Mary has a preference for communicating from the D-style (red zone). Action results, taking charge, making things happen, bottom-line vs details. She might come across as pushy and aggressive under pressure.

Joan operates from the opposite end of the continuum. She wants to operate in a calm stable environment. She wants to ensure that she does not butt heads with Mary. She is acutely aware of Mary’s dominant tendencies and will retreat into safety.

By using the grammar of the language of behaviours we were able to diffuse the tension and to lay the groundwork for communication with one common language. Decoding the messages being received by the team opened up a whole new approach to communicating with marked improvement in team dynamics and productivity.

Team dynamics are an important component of any quest for improved productivity.

Trevor Smith is the CEO of the INFOSERV Group, a Director of the Success with People Academy, Team Building Clinic and a joint-venture partner in Extended DISC Caribbean.